The thing about grief is that it’s unpredictable.  It’s immeasurable.  You can’t spend a few days working on it, cross it off your list and go on.  No, it comes and goes and there will be a measure of it that is always, always there.

Of course, I don’t expect this grief to have abated much, here at only four days in…but that doesn’t mean I like it.

Mostly, I just want Baby B back and I am sad.

I’m thinking a lot about Baby A and his/her story and how we’ll tell it, how we’ll write it in his/her baby book.  How we’ll place the ultrasound photo of the two of them in a scrapbook because that photo is all we have to remember Baby B…Asher…by.  But Baby A’s story can’t be told without Baby B’s…

And of course, all of that is if Baby A makes it through this scary pregnancy.

One day at a time.

We have to just take it one day at a time.  And as we’ve been doing all along, we have to lay it down.

The loss of Baby B is my fourth loss.  There was one between Julia and Aubrey, there was one right after Lila, there was one last summer and now Asher.  I think about those four in heaven and wonder what it’s like for babies that never breathe life on earth.  Do they start as a baby and grow up?  I kind of think they do…because Jesus loved little children so much.

I wonder too if there isn’t some specific purpose for little ones who go to heaven before they are born…little ones who go to heaven before they get to grow up.  I think of my four babies in heaven, my sister’s babies in heaven, my mother’s babies in heaven…and I think too of children I know who died still young- like Carter and like Caris.  I know that each of these was created for a purpose, for God’s own pleasure and I have no doubt of their eternal significance…but I wonder if there’s more.  If there’s some heavenly role they fulfill and that when we get to heaven we’ll say, “Ohhhhh….” and we’ll finally understand why these things have to happen.  It’s so hard to understand in our limited human experience.

So many mysteries.  And we have to just surrender to them all.  Because God is not magic Genie God who just waves a magic wand and makes everything come out the way we want it to.  He has to make all the puzzle pieces fit for the whole, eternal story and yes, yes, yes, He does everything through a filter of love.  That truth doesn’t change just because we are disappointed.

One day at a time, we grieve…and He stands with us through it all. 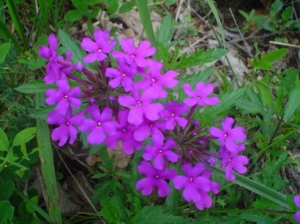 When I was a little girl, before years and stages of renovations, Paw’s house was one of my favorite places.  (It still is.)  It was a pieced together, rag tag place full of character. It seemed to have been built from leftover supplies by a visionary who thought, “This’ll work.” and who wasn’t a stickler for details.  Around the back, off the kitchen there was a back porch with a porch swing…three steps leading to the yard that had not been very well planned for. They were very short and it seemed like one or two were missing. You had to be careful…that first step was a doozy.  For all its asymmetry, it was a good and happy place.  I can still see the Phlox growing in the cracks and between the stairs and in the flower beds beside the porch.

This is what I was thinking about last night. Paw and me and sister and cousins snuggled on that porch swing, drinking Tang made with well water and listening to our Paw sing…

“Oh Jolly Playmate
Come out and play with me
And bring your dollies three
Climb up my apple tree
Yell down my rain barrel
Slide down my cellar door
And we’ll be jolly friends
Forevermore.”

Last night, while I was missing Baby B…I was thinking about my Paw and how loved and secure I felt snuggled against her as we rocked in that old porch swing.  Purple phlox poking up through the cracks.

I closed my eyes and told God of my sorrow and in my heart I could see Paw…bare feet pushing that old swing back and forth, holding our baby B.  Baby B gripping a handful of purple flowers.  Laughing with Paw, happy.

Yesterday, I found out that Baby B wouldn’t be part of our Earthly life, but that he had gone on to heaven…where there are siblings, friends, and our beloved Paw.  Where there is Jesus and love and joy and where his eternal significance will be played out with no sorrow, no tears and never any pain.

But we are surely feeling pain.

All along we’ve said that we’re surrendering this whole thing to God.  The whole thing.  The bleeding, the babies, our future…We laid it down over and over.  And all along we’ve said that no matter the outcome, God is still God and God is always Good.  He can’t change who He is.  And we felt so much peace about Baby A and the smaller Baby B.  I think we assumed that peace meant that we were going to get the outcome that we wanted.  Two whole, healthy babies born on schedule.

And now I know that we were wrong about that, because we lost Baby B…That peace did not mean we were going to get what we want.  No, what that peace meant and means is that God is still God.  He is still good.  He is still with us and in this.  He still brings peace.  I still feel peace…even in the midst of my grief.  I am so disappointed, so sad, so longing for a do-over…but still…peace.

About two weeks ago, I had a really big bleed and then began to bleed bright red again.  It was different than it had been before and it was discouraging.  On Friday, I went to the doctor for cramping and she saw and I saw two healthy, beautiful beating hearts.  On Friday.

Yesterday, I went to Maternal Fetal Medicine for a consult about my issues- my thyroid and my age and the twins and the bleed.  I waited for two and a half hours.  I finally saw a doctor and it was really closing time by then.  She hurriedly talked about my thyroid, said it was no big deal and was sending me on my way.  I was almost about to check out when they called me back.

“Let’s at least try to get heart beats.”

We switched to the Other Kind of Ultrasound (sparing you details) and again, Baby A looked perfect…but Baby B was so still.  I could see his little heart and could see it wasn’t beating.  They tried for about twenty minutes.  And they tried every button and bell and whistle on that fancy machine and they were grimly silent while they did so.  Nothing.

Baby B was gone.

I cried as she told me what I already knew. I cried as we discussed the risks to Baby A.  Apparently I have a whole extra bleed that either popped up along the way or was never diagnosed.  (The machines at MFM are a million times more sensitive and they are trained to look for complications in a way that regular OB/Gyns are not.)  I cried as the doctor explained that the hemorrhage is a huge threat to Baby A and that Baby A only has a 50/50 chance.  I cried as she explained that the babies didn’t actually attach very well, that Baby B in particular was not attached very well.  That his placenta was pulled away from the wall.  I cried as she apologized and offered condolences in that awkward, medical way that the doctors at MFM have.  Bless their hearts.  I appreciate their expertise, but at that moment, I longed to be at my usual doctor’s office where, no doubt, there would’ve been prayers and hugs and tears.

“This is not your fault.”  the doctor said as she handed me a box of tissues.  “There’s not a damn thing you could’ve done to prevent this.  It’s just one of those things.”

I nodded and I knew it already because I know something she may not know.  That God is the one who numbers our days.  Not mommies, not daddies, not doctors.

“Are you by yourself?  Are you okay to drive?”  the doctor asked.

Through tears I said that I was…I hadn’t brought John because I’d known it was going to be way too long an appointment.  I hadn’t expected this.  And I just wanted to get out of there.

I cried through check out and I told the lady I didn’t really care when my next appointment was scheduled for.  I cried in the elevator and as I walked across the parking lot and broke down and cried harder in my very hot car.  Through tears I texted John and gave him awful news in an awful way because I couldn’t speak.  I texted my sister.  I started the car.  I calmed down, took a deep breath and drove home.

And then I walked through telling my kids and seeing their tears and seeing their grief.  Seeing my husband’s sadness and disappointment because we really love Baby B a lot and we were in love with the idea of having twins.  Our hearts were all in.  We had names for two boys or two girls or a girl and a boy.  We had nursery ideas and we’d talked and laughed about how tired we’d be.  We are so disappointed.  We wanted this a lot.

I am heavy hearted.  I am grieving.  I am filled with sorrow.

I’m not really questioning why because I just feel like that won’t get me anywhere.  Whys aren’t going to change anything.  I will not understand why anyway…because I can’t see the end of the story.  I’m asking God for healing and miracles but I’m still saying…

God is God and God is good…even when we don’t get what we want.  We have to accept this truth either way.  When it’s raining and when the sun is shining.  When life is good and when life is awful.  It’s His plan we trust.  It’s His plan that we know is good.

God gave me a picture of a little boy last night.  A little boy with blonde hair whose name is Asher.  Asher, happy and blessed.

Happy and blessed and present with God.

Today’s words can be found on (in)courage!